Glow in the Dark Party


On the evening of January 18th, a group of our Pasadena staff members visited the Sierra Madre facility for a “Glow in the Dark” party.  As the patrons were gradually exiting the facility, instructors, office staff, and deck supervisors were all showing up to spend time with each other at their sister facility, with the promise of food and neon decorations as their only motivation.  Employees from both locations gathered around an array of various foods displayed across the picnic table, from homemade enchiladas, to burgers and hot dogs.  Leticia brought ten pounds of carne asada, Jake brought a handful of steak kabobs, and Chris brought cupcakes.  Scarlett, one of our Pasadena Aquatics staff members, brought a number of glow sticks and balloons to put in the pool.   Everyone was excited to pitch in.  With the sun slowly setting over the hills, the light from the pool started to reflect off the surrounding trees and buildings.  Instructors that spend a majority of their week in the pool jumped in for games such as Marco Polo, the Turtle Rodeo, and an improvised, unnamed version of underwater tug-of-war.  On the pool deck, there was a game involving blindfolds and eggs, which somehow remained un-cracked.  Throughout the course of three hours, there were about twenty five staff members mingling, competing, and eating together on a Sunday night under the Sierra Madre skies.  It was encouraging to see these young people bonding outside of their required work time, and then offering to help clean up when the night was over.  As easy as it was to plan and organize, the result was an incredible display of team-building and passion for what we do.  We look forward to future events and parties, not only for the free food and games, but for an opportunity to strengthen the bond between staff members. 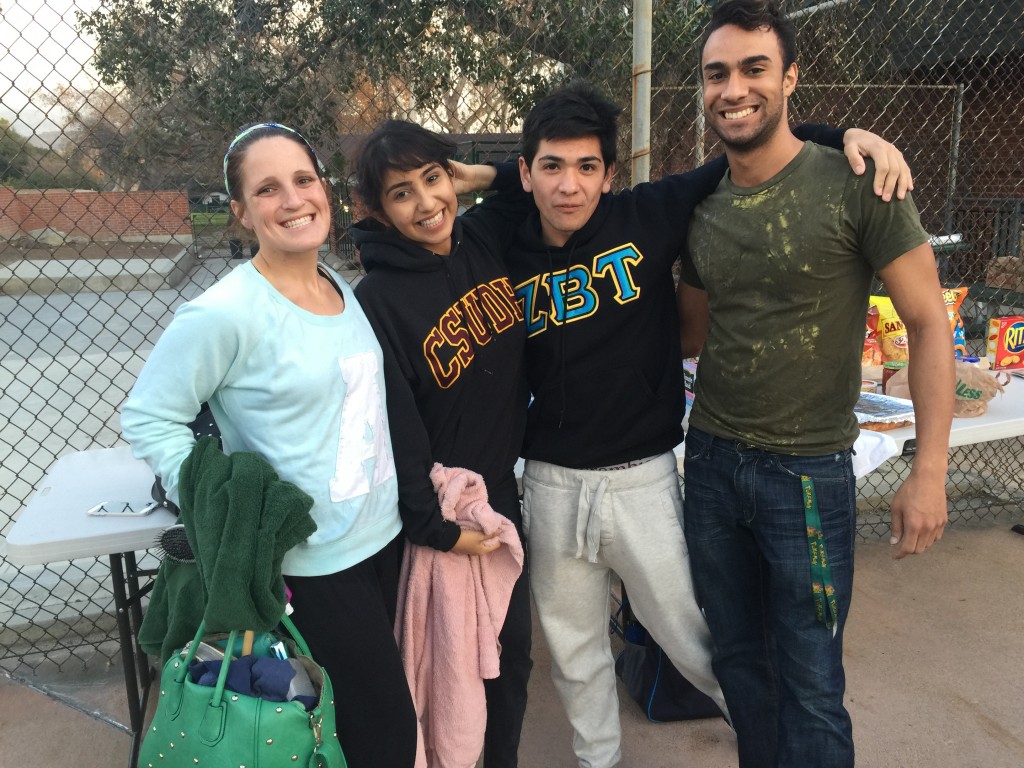 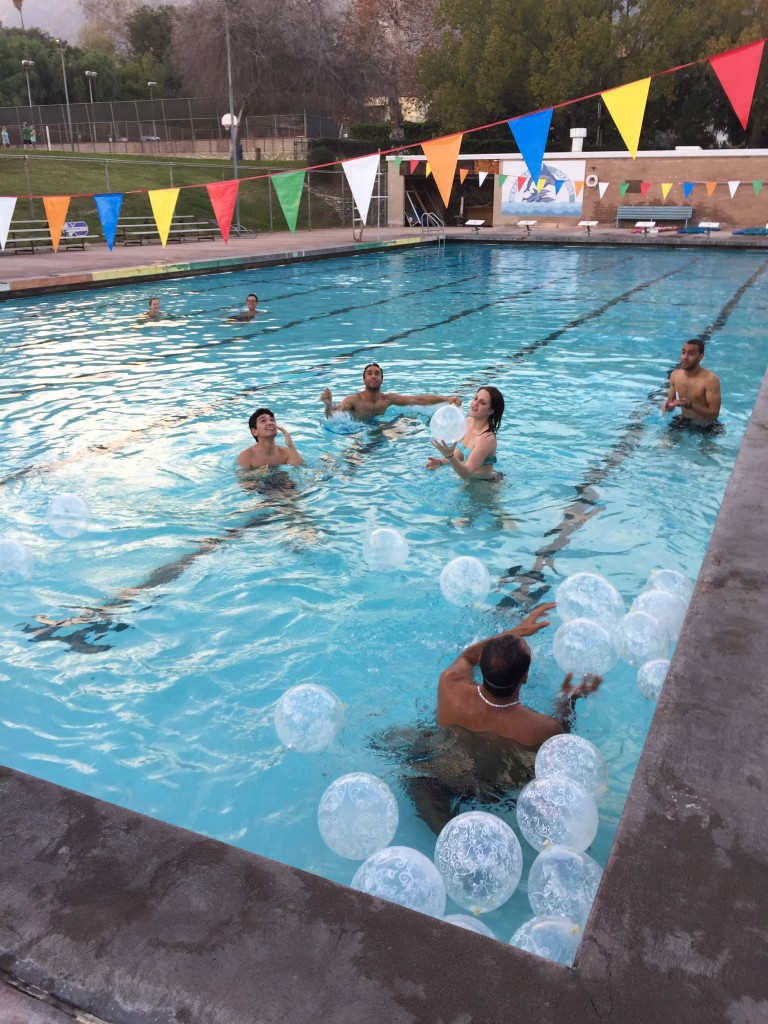 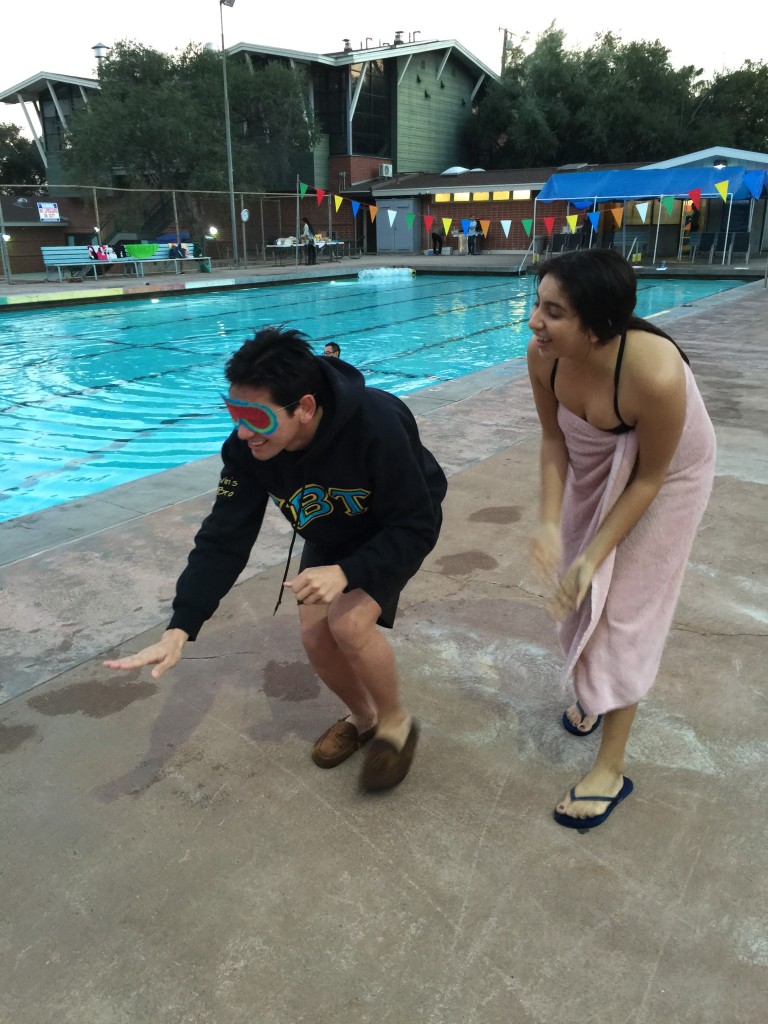 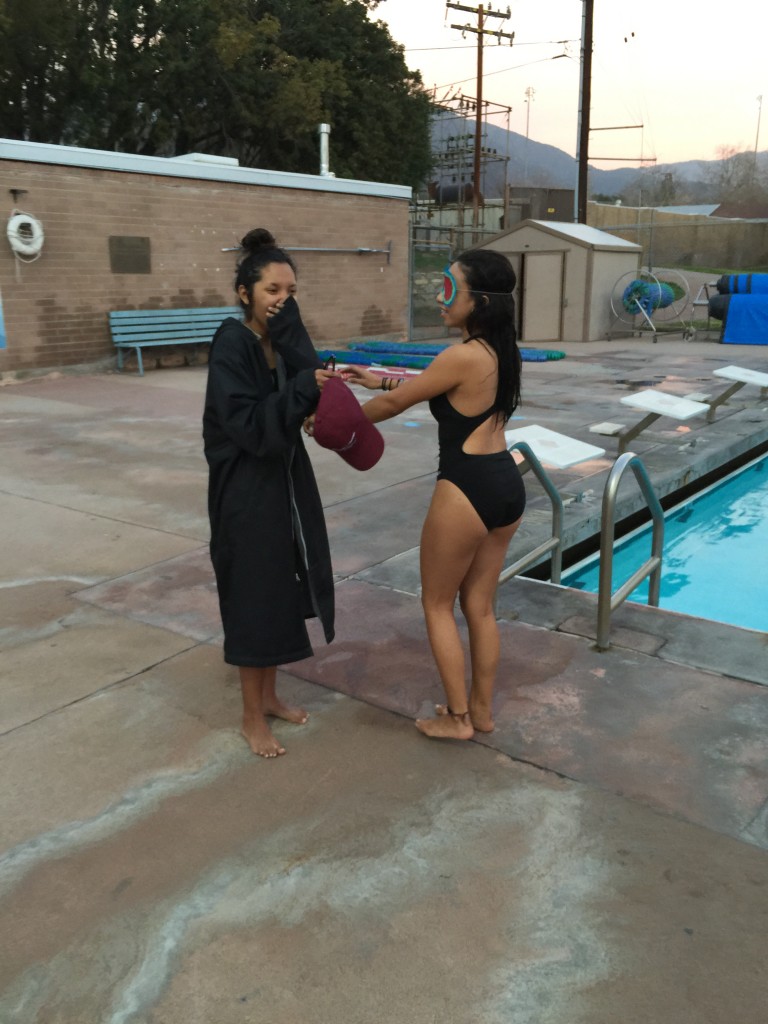 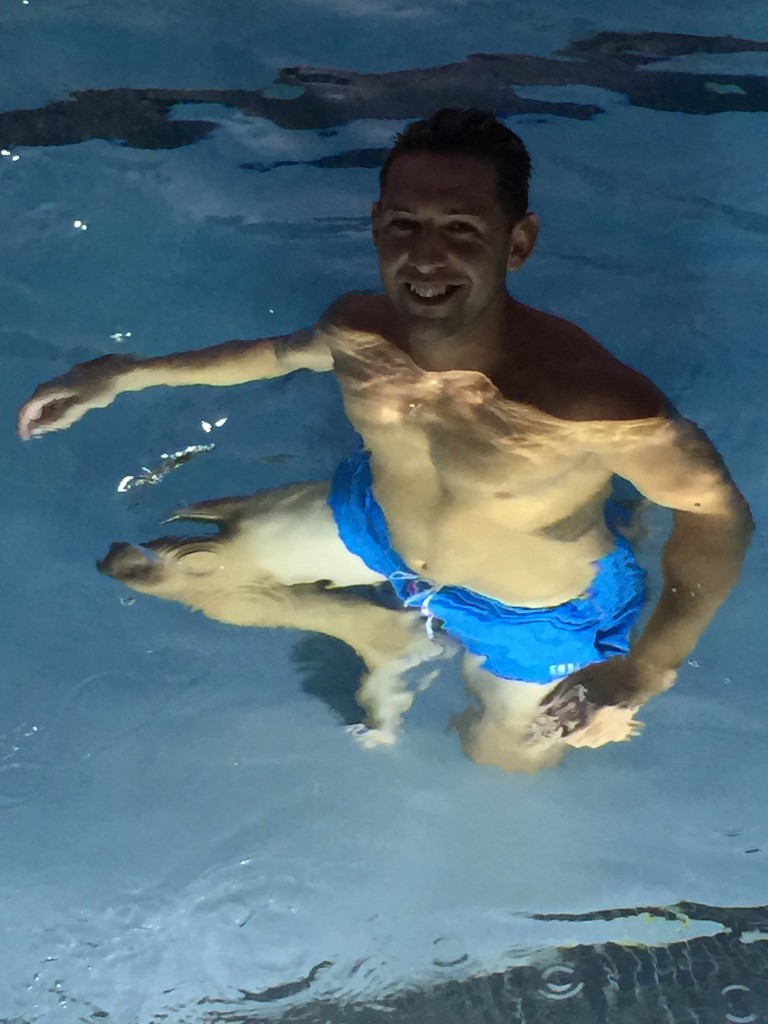