How long can you tread water? The fact that world-class water polo players are basically prepared to keep themselves afloat for indefinite amounts of time highlights their dedication to fitness, as well as pointing out the difficulty of their sport right off the bat.But aside from water polo being a sport in which the players never get to rest while they’re in the game, there are other aspects of the sport that make it so challenging. You have to be able to stay far above the water’s surface to make plays on offense and defense, and you’ll need at least one arm out of the water to be effective on both sides of the ball. Plus, all players, goalies in particular, need to be able to propel themselves out of the water without their feet touching the ground—touching the bottom of the pool isn’t allowed at any time. Plus, the game is extremely physical between the players, making it an intensely demanding sport for the duration of the game, which will last for four eight-minute quarters in the Olympics.

Waterworks Aquatics is offering a series of group format Water Polo Conditioning Clinics where instruction will focus solely on improving endurance, leg strength, and water polo swimming technique. We’re encouraging students to sign up for as many sessions as possible so that they can build upon skills and conditioning. These programs will be lead by Instructor David Tanner who has a strong background in competitive swimming and water polo. David is a two-time San Diego CIF Division 1 Water Polo Champion and received First & Second Team All-CIF Honors.

Each 60 minute session will cover: 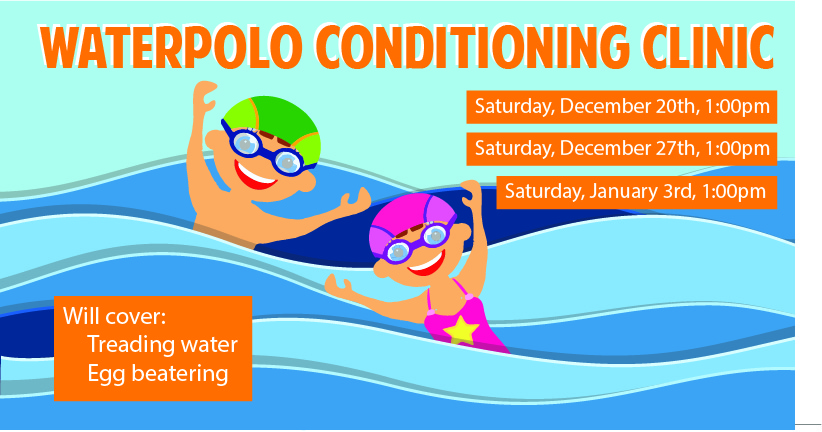