Four Ways to Prevent a Cold 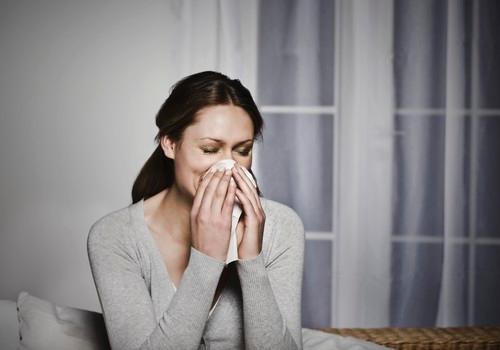 Washing your hands works, but it’s not the only step you can take to stay healthy this season.

You wash your hands as much as a surgeon (and nearly as thoroughly), but sometimes it still isn’t enough to ward off colds and the flu. It’s time to attack from another angle.

"Using hand sanitizer, regularly washing your hands, and avoiding people who are sick are the best ways to prevent against colds, but anything that boosts your immune system will make you less likely to become ill," infectious disease specialist Chia Wang, MD, of Virginia Mason Hospital and Seattle Medical Center.

Try these surprising strategies to give your immune system a leg up.

The beneficial bacteria in your gut plays a role in keeping your immune system healthy, Wang explained. This year, scientists discovered some of the first strong evidence that probiotics — bacteria that help improve the balance of good to bad bugs in your gut — may help protect you against colds.

Some small studies over the past several years had shown that probiotics may boost immunity in endurance athletes, who tend to have dampened immune systems. But in August 2014, a study in the journal Clinical Nutrition provided evidence that probiotics may also help healthy people avoid colds. In the study, 465 adults took either a probiotic supplement or a placebo for 150 days (about five months). People who took probiotics had a 27 percent lower risk of developing an upper respiratory infection during the study period.

Although heavy drinking and binge drinking can impair your immune system, some research shows that moderate alcohol intake may protect against the common cold. A landmark study in the American Journal of Epidemiology looked at nearly 4,300 Spanish adults during one cold and flu season. People who drank more than 14 glasses of wine weekly had a 40 percent lower risk of coming down with a cold, compared to people who didn’t drink. Red wine was especially helpful, the study found. Beer and liquor didn’t offer any protection against getting sick.

More recently, a study in the European Respiratory Journal followed more than 47,000 Denmark residents for an average of 12 years. At the beginning of the study, the subjects filled out surveys about their alcohol intake. Researchers then kept tabs on a national patient registry to track patients who were hospitalized for pneumonia. They found that men who didn’t drink alcohol and men who consumed more than 35 drinks per week had a higher risk of pneumonia hospitalization compared to moderate drinkers. There wasn’t a clear association between alcohol and illness in women, likely because of the relatively small number of heavy female drinkers in the sample, the study authors wrote.

A little bit of sweat now could ward off sneezing and sniffles later, studies show. In one experiment, University of Wisconsin-Madison researchers had 149 adults ages 50 and older perform regular meditation, moderate exercise, or maintain their normal routine. The control group missed 67 days of work due to respiratory infections, compared with 32 days for the exercise group and 16 in the meditation group.

To learn more about how exercise affects the immune system, a study in the November 2014 Journal of Applied Physiology observed what would happen to active and inactive mice infected with pneumonia bacteria. The researchers found that active mice reacted with a stronger immune response to the infection and had significantly fewer bacteria in their lungs 10 days later.

Moderate exercise stimulates the immune system, the mouse study’s researchers wrote. Wang added that exercise may also protect against colds by decreasing stress, which has been shown to lower immunity.

Related: How Hard Is Moderate Exercise? Not As Hard As You Might Think

Many people pop zinc lozenges or supplements in order to shorten the duration of colds. But zinc can also protect against developing a cold in the first place. A 2013 Cochrane Review of 18 studies concluded that taking zinc supplements for at least five months reduced bouts of the common cold. Supplements also relieve cold symptoms and shorten the days spent with a cold in adults.

The study authors explained that zinc helps prevent the rhinovirus — the most typical cause of the common cold — from reproducing. Oysters are the food source highest in zinc, but since you probably don’t eat them every day, supplements may be the most effective solution. Studies have shown that the doses in popular over-the-counter zinc supplements are effective.