At Waterworks @ Gerrish Swim Club our expert swim instructors are available to teach all year long, so you can learn to swim no matter the season. Whether you are just learning to swim or looking to improve various swimming techniques, our instructors will help you feel comfortable in the water and give you the boost in confidence needed for swimming safely and efficiently.

Our swim instructors go through highly structured training to ensure each student walks away with the best of their abilities. We provide hands-on instruction for students ages 3 months and older. We believe that swimming is not only an important lifelong skill to have, but that it should be a year round activity.

When you enroll in our swim lesson program, we will be sure to pair you with one of our qualified and experienced swim instructors. We look forward to you swimming with us! 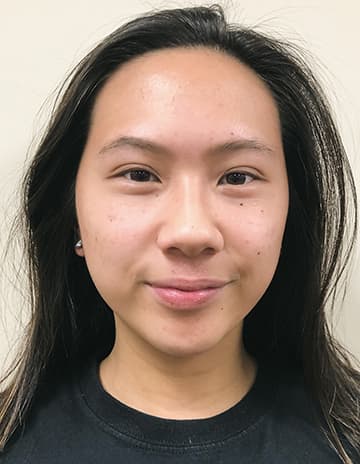 Aby started swimming at the age of 5 and took swimming lessons until she was 12 years old. In addition to taking lessons, Aby also taught lessons for about 1 year and coached a swim team of over 20 students. In addition, Aby has competitive experience with cheerleading and playing basketball in high school.

Aby loves helping her students' level up and seeing them succeed in the water! She loves teaching breaststroke, and her favorite character is Spiderman! She would describe herself as dedicated and passionate. 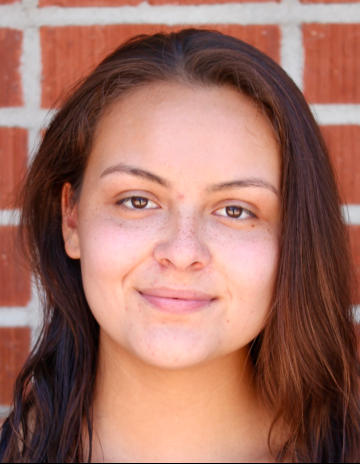 Alana began taking swimming lessons at the age of four and has been swimming ever since. She swam competitively for Caesar Chavez High School for two years and once at the University of La Verne, she continued to compete for two more years. Her favorite stroke is Backstroke and her favorite events include the 50 and 100 Freestyle as well as the 200 Medley Relay. She gained experience working with children as a camp counselor. In addition, Alana has also worked as a summer swim instructor. During her free time, she enjoys swimming, hiking, and exploring. 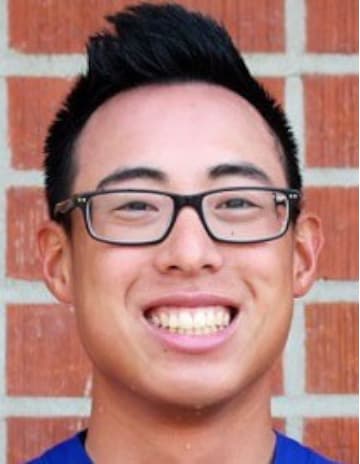 Brian has enjoyed swimming throughout his life, so much that he taught his younger brother and friend how to swim. He also has experience babysitting children ages 1-12. He is excited to teach swim lessons because he gets the chance to work with children of varying ages and abilities.

Brian is currently attending Pasadena City College and is focusing his studies on Kinesiology. In his free time, he enjoys biking, hiking, swimming and working on cars. 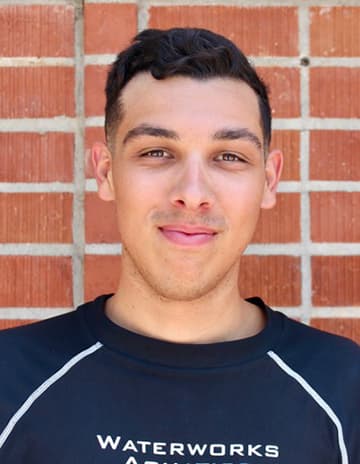 Cody started swimming at age 5 and his favorite stroke is the Breaststroke. He has experience working with children ages 5 to 8 as a babysitter. His favorite part about teaching swim lessons is helping his students learn a skill they will use for the rest of their lives.

Cody is currently studying Journalism at Rio Hondo College. An interesting fact about Cody is that he loves sports!

DJ began swimming at the age of four with a local city team and continued for 6 years. His favorite stroke is Freestyle. DJ previously worked as a lifeguard for two years, starting when he was 16 years old, where he gained experience working with children of all ages and skill levels. In addition, he has helped raise many of his younger cousins and siblings as he is the eldest child. He is looking forward to making connections with his students, and watching them learn and develop as swimmers! 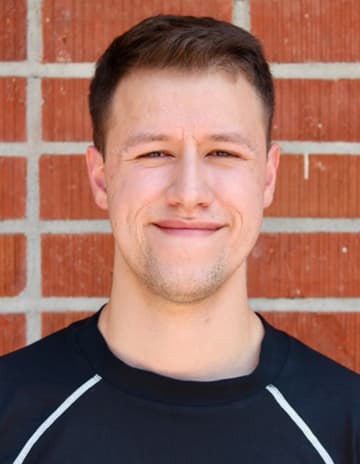 Daniel began swimming at the age of five and his favorite stroke is Backstroke. While working at the Pasadena Recreational Center, he had the chance to work alongside children of all ages. Some of his duties included assisting with reading and math games, providing supervision to ensure the safety of all children and establishing a rapport with parents and recreation administrators. His favorite part of teaching swimming lessons is being able to work with today’s youth. He is currently attending California State University of Northridge where he is studying Business Administration. In his free time, he enjoys playing soccer, going on hikes, and going to the beach. 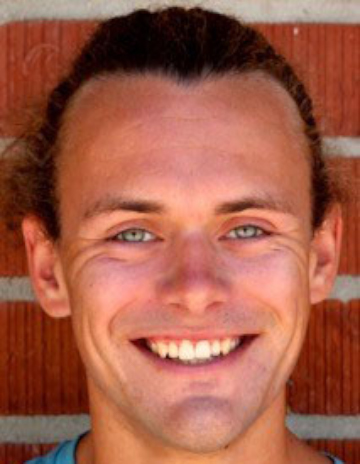 Jacob learned how to swim in junior high, and swam competitively throughout high school on both the swim team and water polo teams. At the collegiate level, he participated on both the swim teams and the dive teams as well. Jacob gained experience working with children through lifeguarding at a summer camp, and teaching swimming lessons in high school.

He has a passion for teaching swimming lessons because he loves to keep his students active and excited to learn a new life skill! Jacob is currently studying Geology at Cal Poly Pomona. A fun fact about Jacob is that he loves to collect rocks! 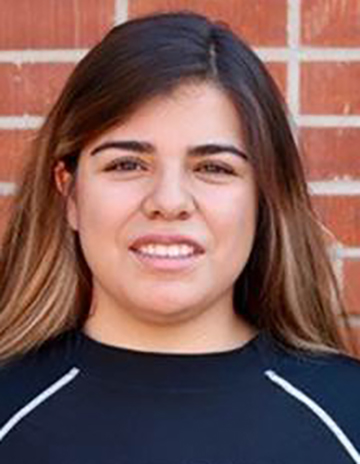 Jasmine learned how to swim at the age of two. Once she reached high school, she began swimming competitively. She swam for all four years of high school and was even named co-captain her senior year. Her favorite stroke is Butterfly and some of her favorite events included the 100 Freestyle and 200 Freestyle. What Jasmine’s enjoys most about teaching swimming lessons is getting to know all of her students and helping them reach their swimming goals.

She is currently attending California State University of Los Angeles where she is studying Biology. When she is not swimming she enjoys reading, learning new skills, and trying new food. 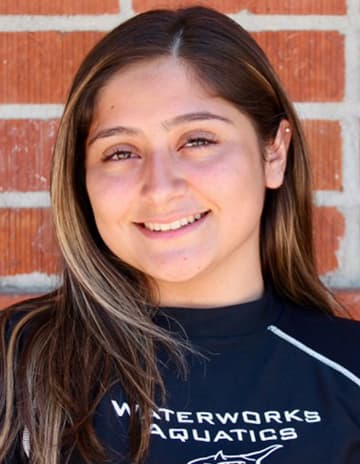 Jennifer has been swimming since the age of four and her favorite stroke is Freestyle. She swam competitively at Pasadena High School for two years. Her favorite part of teaching swimming lessons is getting the chance to create a bond between with her students. Jennifer also wants to ensure they feel safe and comfortable in the water. She is currently attending Pasadena City College where she is studying Dermatology. When she is not teaching, she enjoys going to the gym and hanging out with friends and family. 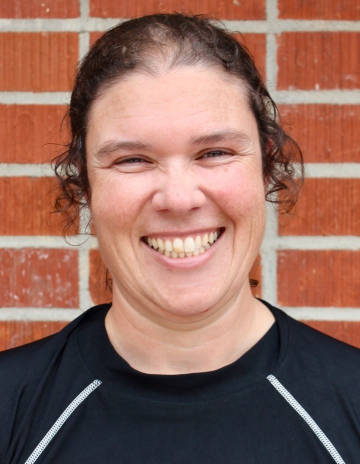 Kimberly began swimming at the age of three and has been swimming ever since. As a swim instructor for the past twenty years, Kimberly has extensive experience when it comes to teaching swimming lessons. Her favorite stroke is Freestyle and her favorite event is the 100 Individual Medley. She is currently attending East Los Angeles College where she is studying Liberal Arts. Some of her hobbies include swimming, reading, writing, and movie nights with her family.

Ricardo started swimming at the age of 7 and joined the Rose Bowl Aquatic Center swim team less than a year later. From the ages of 9 to 11 he swam with multiple All Star and Junior Olympic teams. He played varsity water polo, soccer, and swimming for both Cathedral Catholic High School and Pasadena High School. As a three-time captain for the swim team and two-time MVP, Ricardo was able to compete in league and state finals the last three years of high school.

He continued playing all three sports at Pasadena City College where he graduated with his AA degree for General Education. He swam for one year at Cal State Northridge where he studied Communications and Sports Journalism. He recently married his wife and is a father to two boys (1 and 5 years old). Ricardo has experience coaching both swimming and water polo at varying levels. He loves sports, music, art, photography, and, of course, the spirit of competition. 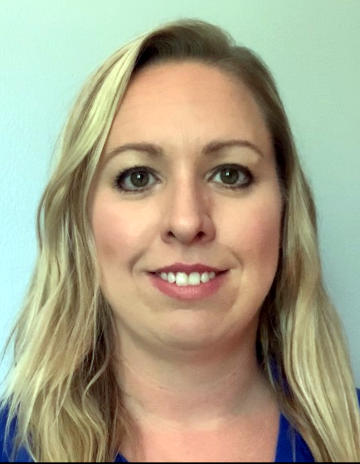 Stevi is the Director of Training and Development for Waterworks Aquatics, where she curates and manages all the training content that is provided to every instructor in the aquatics program. She has been working with Waterworks for almost 10 years, starting as an instructor and working her way up, even helping to open the Pasadena and Sierra Madre locations. Stevi is extremely passionate about water safety and loves teaching children how to roll over for the first time! Growing up close to the beach as well as having her own young daughter, she has strong understanding and empathy for working with young children and why it’s so important for all children to be water safe. 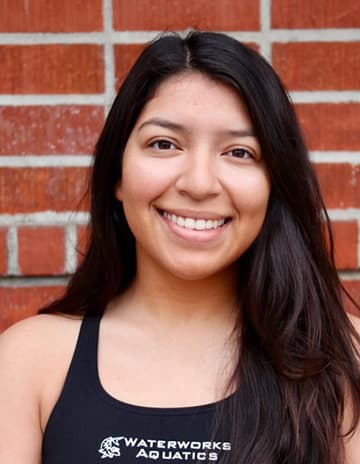 Val learned how to swim when she was seven years old and has loved the water ever since. She gained experience working with children through volunteering at a head-start school. Her favorite thing about teaching swimming lesson is the knowledge that she is passing on a new life skill. Val is currently studying Child Development at Pasadena City College. A fun fact about Val is that she loves everything Disney! Vanessa began swimming at the age of four, and has been swimming ever since. She swam competitively in the Indian Hills Swim Team for two years, winning multiple awards along the way. She was the Kare 4 Kids President for four years, raising money for a children’s hospital and volunteering and participating in local youth events, and is comfortable working with children of all ages. Her favorite part of teaching is building friendships with her students. She currently attends Pasadena City College, studying Dental Hygiene. In her free time, she enjoys volleyball, screen printing, and hockey..