Swimming is an invaluable, lifelong skill that we feel everyone should possess. Our Blossom Hill swim instructors are highly trained and ready to help you learn. They are qualified to work with students of all ages and abilities.

Our team of instructors provide one-on-one swim instruction that is needed for each student to achieve their swimming goals. Whether you are learning to swim, looking to improve your stroke techniques or even overcome your fear of the water, our swim instructors are here to help and motivate you to succeed. 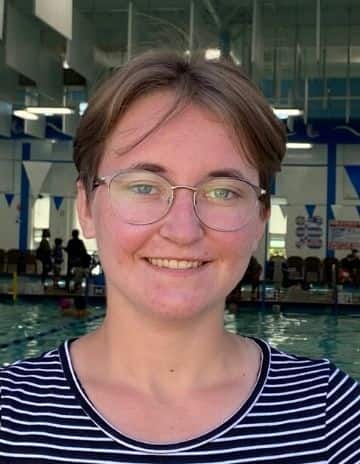 Alex learned how to swim when she was seven years old and her favorite stroke to teach is freestyle. She has experience as an environmental education camp counselor for three years and working in childcare for five years.

She enjoys listening to music and reading and her favorite Disney movie is Mulan. She is attending college at West Valley Junior College where she is majoring in gender studies. 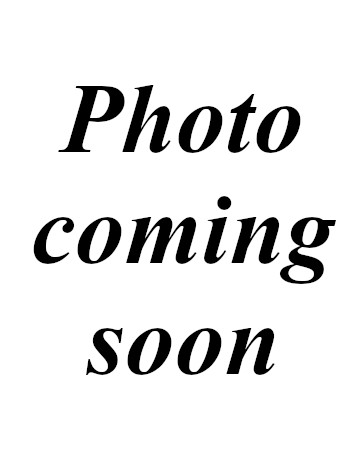 Dyon learned how to swim when he was seven years old and swam at the club level for three years. His favorite stroke to teach is freestyle and he enjoys lap swimming. He has experience teaching kids theatre skills at the Azusa City Library.

He enjoys gaming, listening to music and being around his friends. He is passionate about helping others and learning more about the world. He is excited to see all of his student’s progress. 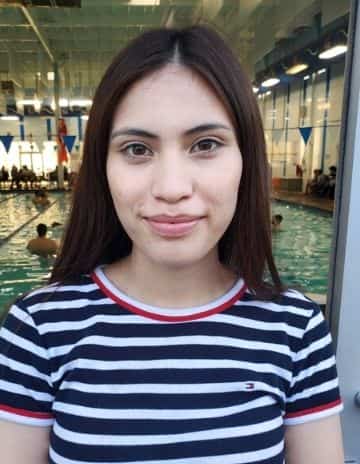 Heslie has experience working with kids as young as eight months old at a daycare. She is very patient and spends her time taking care of her young niece and nephews.

She enjoys exploring new places and loves to be in nature. Her favorite movie is The Lorax and her favorite book is Perfect Chemistry. She is excited to build a strong bond with her students and teach them how to be safe in the water.
Additional Skills: Bilingual – Spanish

Kristina has been swimming since she was eight years old after taking swim lessons. Her favorite stroke to swim is the breaststroke. She played volleyball for two years in high school and played softball for eight years. She has experience working with kids as an after school teacher, a teacher’s assistant and as a childcare worker.

She goes to school at San Jose State University where she is studying elementary education. When she is not teaching, she enjoys baking and hiking. Her favorite Disney character is Dory and she loves dolphins. She is excited to build her student’s confidence in the water. 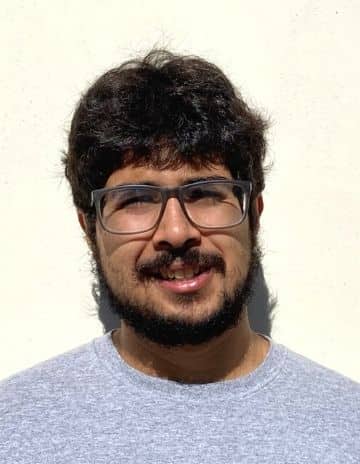 Leon has been swimming since he was seven years old. He enjoys swimming recreationally, especially in open water like the ocean, rivers and lakes. His favorite strokes to swim are freestyle and breaststroke and he enjoys practicing his freestyle sprints. In high school he was on the wrestling team and began track, which he continues to practice. He has been boxing for five years and is involved in Olympic weightlifting. He loves being around water by going fishing and sailing. He worked as a boxing instructor for two years and as a youth leader for seven years. He has experience taking care of his younger brother who is autistic and has volunteered for a local retirement home.

Leon goes to school at San Jose City College where he is studying kinesiology and zoology. He is passionate about making a difference in people’s lives and is excited to teach his students how to swim anywhere. 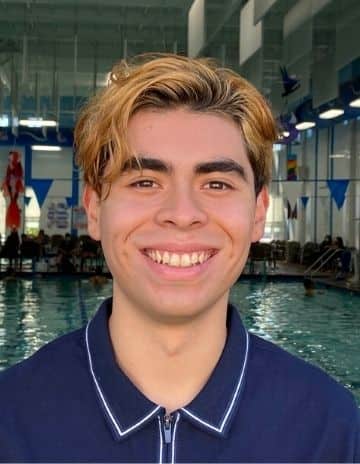 Luis started swimming when he was five years old. His favorite stroke to swim is butterfly and his favorite stroke to teach is backstroke. He has played football, soccer and baseball and has received accolades in football. He worked as a lifeguard for two years where he was also deemed certified in first-aid and rescue. He has worked as a teacher’s assistant for an after school program.

He goes to school at SJSU where he is studying mechanical engineering. He is passionate about his school studies, movies and painting. His favorite movie is Grease and his favorite book is Catcher in the Rye. He is excited to help his students perfect their swim technique. 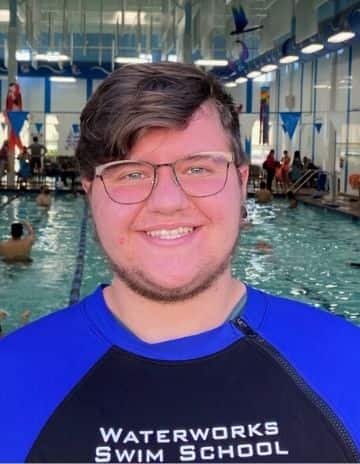 Skylar began swimming at the age of three with the help of his grandpa. His favorite stroke to teach is backstroke and his favorite stroke to swim is freestyle. As a babysitter for the past eight years, he has had extensive childcare experience. His favorite part of teaching swimming lessons is getting the chance to connect with his students and watch their progress over time.

Some of his hobbies include skating, drawing, listening to music, swimming and playing video games. He goes to school at DeAnza College where he is studying sociology. His favorite thing about swim lessons is teaching his students about technique.